Drupal 8 and the Enterprise 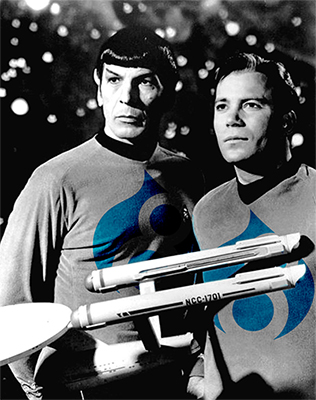 Whilst reading Drupal Planet recently I noticed a response to my blog post, Configuration Management Part 2. They wrote, "It's hard not to conclude that Drupal 8 ties configuration management to a (primarily, enterprise-focused) single-site staging model."

The word "enterprise" got me thinking. It feels like it is an often-repeated view that Drupal 8 is for the enterprise. For example, I read another post that claims, "Drupal is: an enterprise-y software with a formal governance on top of the community." And let's not forget the Backdrop project which writes, "As Drupal moves itself closer to the Enterprise market, Backdrop CMS emerges to meet the needs of the little guys."

According to Wikipedia, Enterprise software "is purpose-designed computer software used to satisfy the needs of an organization rather than individual users." That definition implies that Drupal has been enterprise software since it was conceived in a university dorm in 2001. Most of the time, "enterprise" seems to mean a big company who can afford large servers. It is often used to distinguish "us" (the little guy) from "them" (the evil, huge, company that hates the little guy).

So is Drupal 8 is built for big business?

So was it the requirements of big business that made us develop the configuration management system the way that we did? Nope. Our focus has been to create a system that maintains its integrity, is extensible, translatable and just works out of the box without breaking your site.

Drupal 8 has introduced new dependencies on third party libraries such as Symfony. We've rewritten the routing and request processing system on top of this. Was this done for the enterprise? Using external libraries is not enterprise at all. It is the open source way - UNIX, node.js and ruby all use libraries as a way of building applications from smaller building blocks. PHP is just late to the party. (Well not late, but a PHP packaging system did not catch on until Composer arrived in 2011).

Drupal 8 is certainly not built by big business. Two developers, tim.plunkett and dawehner, have contributed to nearly 10% of all the commits made to Drupal 8. For Drupal 8 to be enterprise-focused, they would have to be aligned with the enterprise vision. They currently work for Acquia and Tag1 consulting respectively and those companies certainly have more than a few big businesses as clients. Who they work for now, however, does not tell the whole story. Both tim.plunkett and dawehner made most of their contributions as volunteers (including through the community-driven Views in Core initiative), with the majority done before they worked at these companies. Both also continue to contribute outside of work today.

Drupal 8 has lots of new stuff out of the box for the little and big, for example:

Drupal is open-source software and I'm excited that enterprises, not-for-profits, schools, individuals and Captain Kirk can use Drupal 8. Everyone has "the freedom to run it, to study and change it, and to redistribute copies with or without changes." (Richard Stallman).

Drupal 8 is for everyone.

Thanks to catch, susan and xjm for contributing to this article.